Navratri puja is dedicated to the worship of nine different forms of Goddess Durga for 9 days. The Chaitra Navratri puja begins in the lunar month of Chaitra, i.e. March- April. The fourth day of the puja begins with worshipping Goddess Kushmanda.

Kushmanda is the fourth form of Hindu Goddess Durga and believed to be the one who created the world with her smile. This avatar of Adi Shakti is known as the Smiling Goddess. When her name is divided into parts, Ku stands for little, ushma means warmth or energy and anda means egg. Putting together, it means the creator of the little cosmic egg otherwise known as universe.

She is depicted with eight hands holding a trident, chakra, sword, hook, mace, bow, arrow and two jars of Elixir honey and blood. Her one hand is always in abhayamudra to bless her devotees and she rides a tiger.

Also known as Ashtabhuja Devi as she has 8 hands and it is said that all the power to bestow Siddhis and Niddhis are located in her Jap Mala. She created Brahmand (universe) with a little smile and likes the Bali (sacrificial offering) of Kushmand (white pumpkin). Due to her association with Brahmand and Kushmand, she became known as Goddess Kushmanda. Her abode is in Anahata chakra.

Legend goes that when the universe was non- existent and there was darkness all around, Goddess Kushmanda created the little cosmic egg (universe) only by smiling a little and resides in the core of the sun to provide light and energy to all living beings. She gives directions to Surya, the Sun God.

After she created the universe, she created three supreme, ethereal Goddesses. She created a terrorizing form of Mahakali from her left eye. From her right eye, came Mahasaraswati who was benevolent and smiling. From her third eye on her forehead, Goddess Kushmanda created a ferocious form called Mahalakshmi.

When Goddess Kushmanda glanced at the three goddesses, they each gave birth to a male and a female child.

Mahakali’s son had five heads and ten arms, and was named Shiva. Her daughter had one head and four arms, and was called Saraswati.

Goddess Kushmanda then offered Shakti to Shiva, Lakshmi to Vishnu and Saraswati to Brahma as consorts.

After that, she absorbed the three highest Goddesses and she herself, entered Shakti as an orb of divine, unending energy. Thus, it came to belief that Goddess Kushmanda is a form of Goddess Durga who created the universe and was the first being ever in the universe. Gods and Goddesses created by her, and then went on to create all other living beings in the universe. 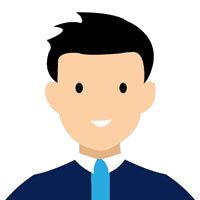